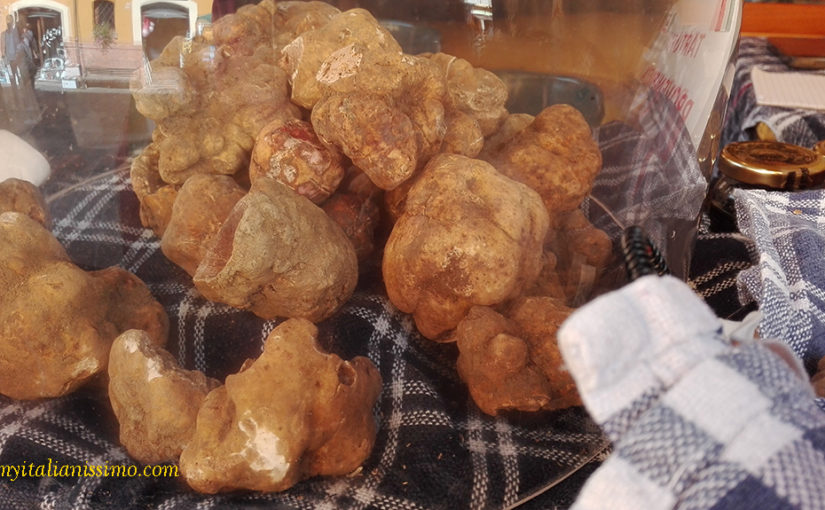 Sant’Agata Feltria in Emilia Romagna is a centuries-old village located just off the main highway that links Perugia and Cesena. I’m afraid I would’ve overlooked this beautiful place, if it wasn’t for the white truffle fair held here every Sunday in October. If you happen to be a fan of this flavorsome fungus, you must visit this authentic fair. 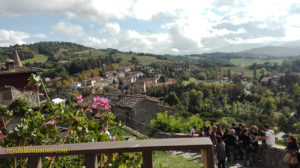 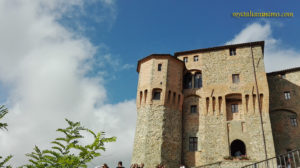 The precious mushroom is presented through both commercial and gastronomical itineraries, with exquisite dishes served by local restaurants for the occasion, as well as countless culinary delights and local produce that can only be found during this fair. 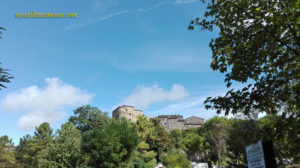 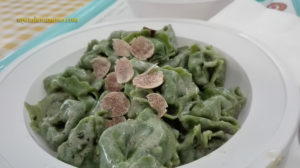 Here you can also assist the proclamation of the Best Truffle of the fair, a prize given by the expert committee, or even the show of the Truffle Dogs Competition. The dogs are trained for years before they can find truffles. 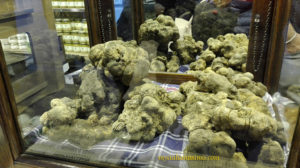 His Majesty Tuber Magnatum, that can be hunted from  late summer, throughout the autumn, and till the beginning of winter. You eat it preferably raw. Whereas, in order to store your truffle, you can make delicious truffle-infused butter or truffle sauce. 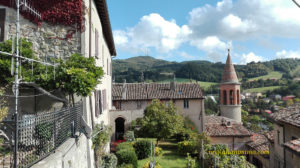 Close relatives to porcini and prataioli, even if they look different, truffles are mushrooms that live underground. They grow in the shadow of oak, hazel, poplar and beech trees, lying between the surface and 60cm from it, and creating a symbiosis with the plant. The plant offers sugar while the truffle, in turn, provides it with water and mineral salts. When the truffle is ripe, it releases a strong aroma, which attracts boars (boy, they love a good truffle!), insects, snails and rodents.

You may also want to visit the Cloister of San Girolamo, the Mariani Theatre, and the Museum of Rural Arts.

In use since antiquity, these pricey nuggets are known and appreciated all over the world. They represent one of the best expressions of nature and agitate the connoisseur’s palate and fantasies.

“The most learned men have been questioned as to the nature of this tuber, and after two thousand years of argument and discussion their answer is the same as it was on the first day: we do not know. The truffles themselves have been interrogated, and have answered simply: eat us and praise the Lord.” 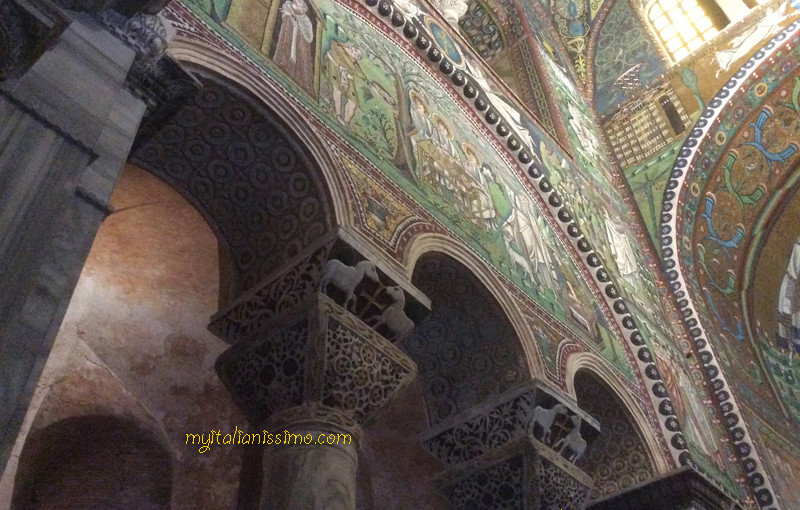 Today we are in Ravenna admiring the unique Byzantine mosaics that decorate the city’s 1500-year-old churches! Here we can go back to the dawn of Christianity, with EIGHT well-preserved monuments UNESCO World Heritage Sites, an amazing experience for lovers of history and architecture! 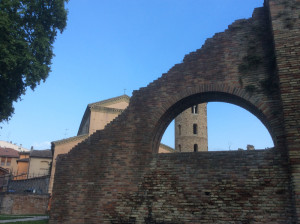 Ravenna was the residence of western Roman emperors, Ostrogothic kings, Byzantine governors of Italy, and thrice the capital city.

In AD 402 Emperor Honorius, the younger son of Theodosius I, transferred the capital of the Western Roman Empire to Ravenna. The model taken as example was the Byzantine city of Constantinople. Its architecture, decorations, and mosaics in the first place, became a fundamental reference point. The city was progressively enlarged, and turned into a truly cosmopolitan city, an important political, cultural, religious and artistic centre. Many of its marvels still survive. And this is the historical period when three characters link their personal stories to Ravenna.

The earliest and hypnotically colourful mosaics  are in the Mausoleum of Galla Placidia (386-452). Emperor Theodosius’ daughter and Honorius’s sister, Galla Placidia was a very powerful woman who ruled Western Roman Empire in place of her son, Emperor Valentinian III, until he was old enough to take over. 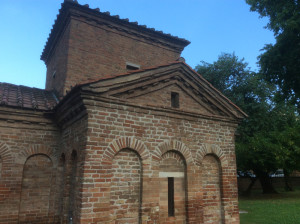 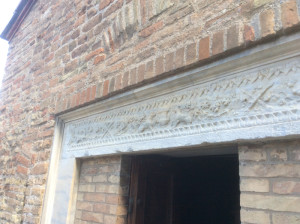 The mausoleum, which Galla commissioned for herself, her husband Costanzo and her brother Honorius, is made of re-used ancient Roman brick. The bare and sober exterior is diametrically opposed to the amazing interior decoration, inspired by the Byzantine model Galla was so attracted by. Covered with marble panels in its lower part, and above that – the uniqueness of the artistically perfect mosaics created partly by the Byzantine masters. 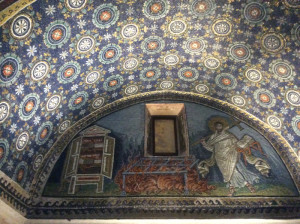 In the 6th century AD, Ravenna’s bishops and archbishops, who ranked second only to the popes, embarked upon a notable building program of churches. The remarkable sites include the Basilicas of San Vitale and Sant’Apollinare in Classe. 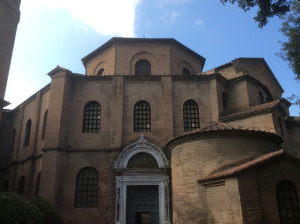 Basilica di San Vitale (526-547 AD), founded by Bishop Eclesio, is one of the most important churches in early Christianity. The lavish mosaics that decorate its interior were commissioned by Archbishop Maximian in 546/556 AD. They are some of only a few that remain from the time of Emperor Justinian I, who turned Ravenna into the westernmost pillar of the Byzantine Empire. With Justinian Ravenna lived its period of maximum splendor. He dreamt of uniting the Latin west with the Greek east, bringing together both military and church leaders, all reunited into a peaceful political and religious system. 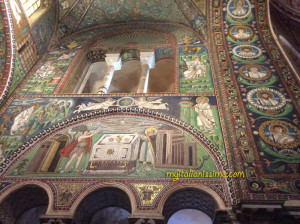 As we lift our gaze, we encounter the beautiful ceiling of the basilica. Lots of windows let the light in and invite you inside, where you can really be taken by the beauty of countless vibrantly coloured chips the size of your fingernail, as well as fabulously decorative columns made of a high quality marble brought from the east.  Justinian himself, and his wife Theodora are depicted in a pair of mosaics flanking the altar. Their faces look like realistic portraits. The large lunettes located under the vault depicting Old Testament sacrifices are especially noteworthy. There is so much to look at! All those tiny tiles of stone and glass, brightly coloured in blues, and greens, and reds; and gold, which was ‘sandwiched’ between pieces of glass. 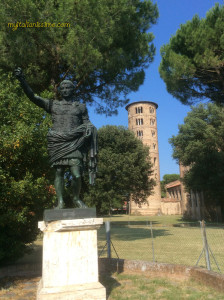 Basilica of Sant’Apollinare in Classe (c.533-549), is one of the most perfect basilicas in Ravenna. An imposing building with its impressive forms, cylindrical bell tower and spacious interiors. Built in the first half of VI century and consecrated by Archbishop Maximian in 549, it is famous for its wonderful mosaics. It was once facing the Adriatic shore, but nowadays positioned in the countryside just entering Ravenna, near the huge archaeological area of the ancient military harbor of Classe, an important station of the Roman Fleet. 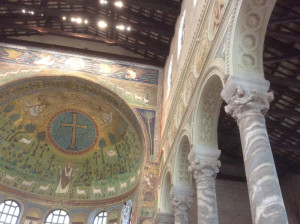 Theodoric (454-526), the Ostrogoth King of Italy, brought further development to the city. Various cult buildings were erected in and around Ravenna, witnessing the two centuries of the maximum splendor and artistic fervor. These include the Basilica of Sant’Apollinare Nuovo, the Arian Baptistery, and the Mausoleum of Theodoric, just outside the walls. The roof of the mausoleum is made of a single piece of Istrian stone, 11 metres in diameter. 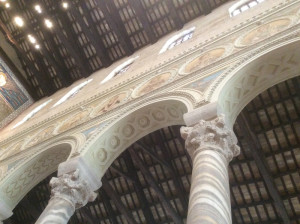 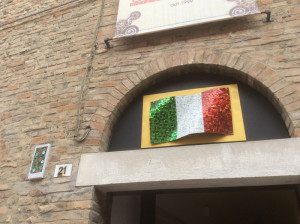 The richest heritage anywhere of mosaics from the 5th and 6th centuries preserved in the basilicas and baptisteries of the city is a clear evidence of the extraordinary period Ravenna had lived centuries ago. The heritage that has come down to us, of universal value, will leave you breathless, overwhelmed and willing to say “I’ve been here, and I’ve seen all this!”