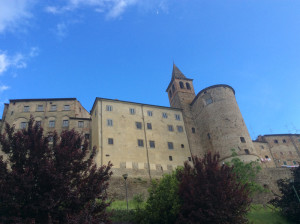 Anghiari is a medieval town lying between two rivers, the Tiber and the Arno. It is listed in the Most Beautiful Towns of Italy, and is famous for the battle of 1440, where the Milanese troups were defeted by the Florentines, setting the present day borders of Tuscany. The Battle of Anghiari was captured by Leonardo da Vinci, who ‘decorated’ the hall of the Palazzo Vecchio in Florence, commemorating the Republic’s important events. 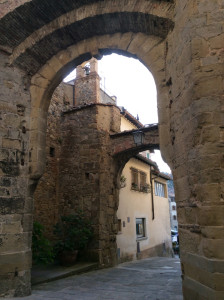 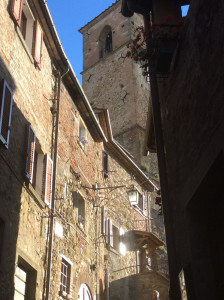 The Rocca was the first fortified core from which Anghiari was built. The powerful 13th century walls made the town an invincible fortress. The setting is really breathtaking, with a sweeping view of the valley below. 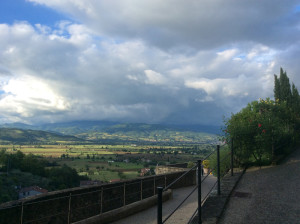 There are two museums right in the heart of the historic centre: the Battle Museum in the 16th-century Palazzo del Marzocco, which tells the history of Anghiari through manuscripts, glazed ceramics and ancient firearms, and the Palazzo Taglieschi State Museum with a collection of sculptures and frescoes from Anghiari and the neighbouring towns. Artisan workshops and antiques restorers enrich the enchanting streets of the town. 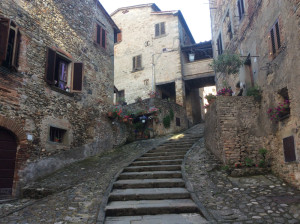